Hot Topics
Published on 21st Century Wire on 3/21/2017
Published on The Ugly Truth on 3/18/17
Syria is the bleeding heart of the Axis of Resistance. Syria defied the odds and defiantly stood up against Western imperialism. Syrians along with their allies fought hard against the over 320,000 highly funded, trained, and foreign backed armed mercenaries that came from over 90 countries. Syrians not backed down when faced with attacks from many powerful nations around the world.
What makes Syria and Syrians different than other countries in the transcontinental region? The simplest answer is Syria is the ONLY United, Nonsectarian, and Secular nation in the Middle East. This profound trilogy is what has allowed Syria to not collapse during this brutal imposed proxy war that was waged against it over 6 years ago.

In Arabic they say "Souria 3eeoona khidir" meaning Syria's eyes are green referring to the two stars in the flag. So whenever you see a Syrian flag make sure it has 2 green stars/eyes not three bloody stars. That way you will make sure its the legitimate Syrian flag not the French mandate flag that the opposition is foolishly using for their "fake revolution".  Like presented in the pictures below. 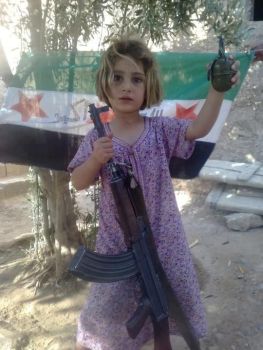 Syria will not only win this war but will come out stronger than before Inshallah (God willing)! Like the Jasmine plant that vertically grows and clings to the sides of a building defying gravity and holding on tight, Syria too will hold on tight to it’s freedom. It will grow, it will prosper, and it will show the world what resistance truly means.

Syrian blood has been spilt and ran like rivers in the streets. Blood that the terrorists thought was cheap, lives that they thought they could end with a knife, gun, or other weapons. How does one even take such an action? Who are they to determine who deserves to live or die? These godless beasts think they are invincible but the time will come when they will pay for this. To every action there is a reaction. One day, whether it be in this life or the next they will pay. Every single person that had a hand in destroying Syria whether it be the politicians, the soldiers, the media, the fake activists, the ignorant people spreading false allegations on social media, every single person that had a hand in destroying Syria will pay.

I am amazed at how resilient Syrians are in Syria, and that’s what compels me to fight hard for them and do what I can to counter the lies and propaganda that has fueled this imposed war. I think about what a day would be like in their lives, and unless we are there we are incapable of fully understanding what they have lived through for six years. In my “Syrians Speak Out” Series with Mint Press News I have been able to give those outside of Syria an unfiltered look at what life has been like for Syrians.
We fight for them to be heard because their fight is our fight. They are warriors on the front line. We need to be there to support them, encourage them, and fight against all of the powers that are fueling this war against Syria. We owe it to humanity to do that. I have seen people from all over the globe caring about Syria and wanting to help. Sharing posts, making comments, it warms my heart.  You might think that what you are doing is minor and won’t bring about any change but I can assure you that every effort is important, this is a global effort that we need to make. We need to understand the implications of not fighting on the side of truth, we can not afford to lose this battle. 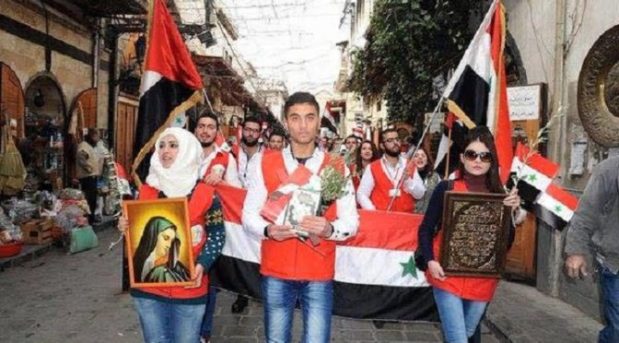 This picture depicts the unity between Christian and Muslim Syrians during the liberation of Aleppo.
Inshallah (God willing) all of us who have been fighting hard on Syria’s behalf can unite in Syria one day when it has been completely liberated and all of the scum has been cleaned out. When Syria has returned to it’s beautiful original state. All of us truth advocates from around the world can unite and finally celebrate Syria’s victory with its warriors! We can at that point proudly say meet me at the citadel!
Until that day we must fight wholeheartedly for Syria’s liberation and for it’s ultimate victory. Every single person in Syria that is fighting for liberation is a warrior. Everyone foreigner that is fighting for this goal is also helping to shift the tide and bring this war to an end.
Mark Twain in 1867 wrote about Damascus: “She measures time not by days and months and years, but by the empires she has seen rise and prosper and crumble into ruin. She is a type of immortality.” 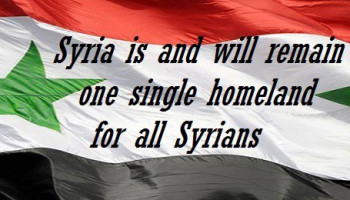 23 Comments on Syria: The Bleeding Heart of the Axis of Resistance