Yesterday I received a beautiful surprise in the mail. A 3 foot long canvas of the Old ruins of a church, St. Simeon The Stylites Abbey, Aleppo, Syria from a dear friend. It looks beautiful against my painted dining room wall. It’s bittersweet, to know that I come from a country with such a rich history but very upsetting to think about how these ruins survived thousands of years only to be destroyed at the hands of terrorists.

Here is a wonderful video I found by a tourist that narrates his trip in 2009 to the ruins. He states that the ruins seem to be in good shape. Which would have probably been the case today had it not been for the Daesh/ISIS terrorists who in May 2016 airstrikes destroyed the ruins. This is heartbreaking and the work of terrorists that have no appreciation for religion, and thousands of years worth of history.

The Church of Saint Simeon Stylites (Arabic: كنيسة مار سمعان العمودي‎‎ Kanīsat Mār Simʿān al-ʿAmūdī) is a historical building located about 30 km (19 mi) northwest of Aleppo, Syria. It is one of the oldest surviving Byzantine churches, dating back to the 5th century. Built on the site of the pillar of St. Simeon Stylites, a famed hermit monk, the church is popularly known as either Qalaat Semaan (Arabic: قلعة سمعان‎‎ Qalʿat Simʿān), the ‘Fortress of Simeon’, or Deir Semaan (Arabic: دير سمعان‎‎). Wikipedia 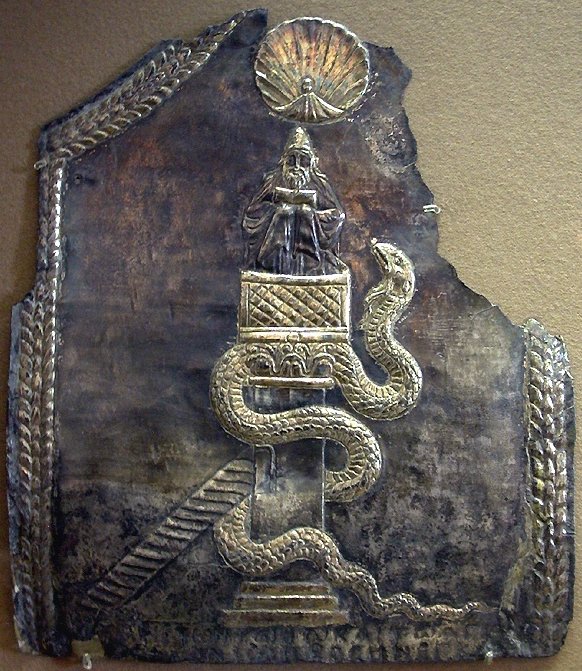 “The great cruciform church is unique in the history of architecture and is not only the most beautiful and important existing monument of architecture between the buildings of the Roman period of the second century and the great church of Santa Sophia of Justinian’s time, but also…is the most monumental Christian building earlier than the masterpieces of the eleventh and twelfth centuries in Northern Europe”. (Butler, Early Churches in Syria, 1929: p 97) 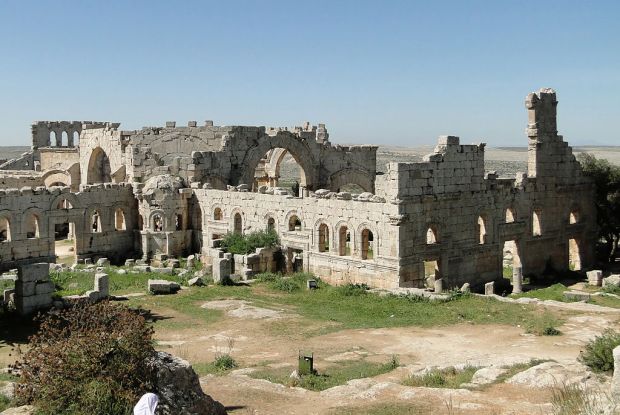 One of the worlds oldest Byzantine church’s Destroyed:

“The Church of St Simeon was taken by Islamist forces in 2013 to serve as a logistics and training base. It made an arresting backdrop for the well-developed media skills of the Islamist forces, who posed groups of black-veiled women engaged in weapons drills in front of the great southern entrance, with its commanding central arch and its richly decorated capitals swathed with wind-swept acanthus leaves.

The Islamist forces were perhaps confident that the church complex (which included a four-sided monastic establishment wedged between the eastern and southern basilicas) would be off-limits to Syrian official reprisals. It is one of the major Syrian archaeological sites, and was included on the UNESCO World Heritage list as the highlight of the Ancient Villages of Northern Syria group of ruins. Reports have been coming in for over two years of minor damage from firearm impacts on the structure, stone removal, and illegal digging – all sadly common occurrences in the numerous ancient villages in the area.

Opposition elements signalled a new and more deliberate assault on the church and its attached monastery on 12 May. The remains of St Simeon’s column in the central courtyard took the full force of an explosive impact near its supporting base. The blast was so great that the column remains were hurled into the courtyard. One of the columns flanking the south entrance portal was shattered and much of the arch above displaced. More extensive damage, however, has occurred in the monastic grouping: on video clips posted on the internet, two wings appear to have completely collapsed, apparently as a result of separate explosions.

Many opposition groups have struggled for supremacy in this area, clashing with each other as often as against the government forces attempting to win back the vital link into Turkey via the Bab al-Hawa crossing on the Aleppo-Antioch highway.Let us hope that this great complex does not become a new front in the Syrian conflict. More can be read here.

Ross Burns, author of several books on the history and archaeology of Syria, maintains a website at http://www.monumentsofsyria.com which, inter alia, maintains a checklist of sites damaged in the post-2011 conflict. His history of Aleppo (see cover below), the first in English, is due to be published in September by Routledge.

3 Comments on Ruins of St. Simeon The Stylites church in Aleppo, Syria from the 5th century Destroyed by Daesh